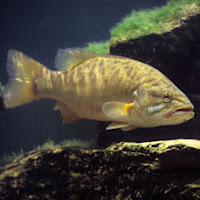 Katherine Baer of the nonprofit group American Rivers says, "We see what's happening to the fish, and the water they're swimming in is the water we are drinking."
Posted by Joe at 6:36 AM 1 comment: