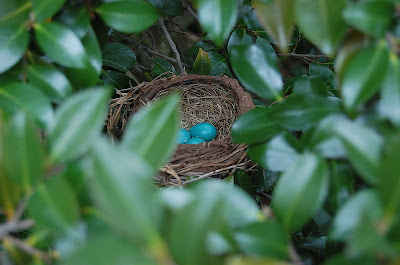 Female Robins have just one ovary. This helps to reduce their weight for flight. The ovary consists of multiple ova, one of which develops as a yolky egg each day, and "drops" into the funnel like opening of the oviduct. It is fertilized and moves down the oviduct where layers of albumin and finally the blue shell are laid down covering the yolk.

In this diagram, it seems that the item labelled "ovary" is actually the ovum ready for shedding, and the ovary is the whole conglomeration of ova, but finding a diagram to display was not easy. Maybe I should have drawn one myself, but... 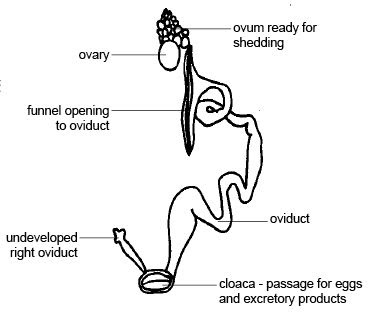 As Jo pointed out the other day, at Publix we can recycle plastic bags, foam trays and egg cartons, and paper bags. These are the containers in front of the Publix at Tannehill. 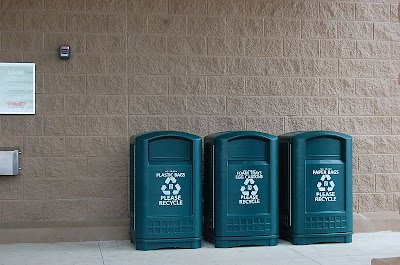 We have really reduced the amount of garbage that the city has to pick up. Three things contributed to this. 1) My daughter moved away. Twenty something year old females produce a lot of trash. 2) Composting with the Nature Mill Indoor Composter. The Nature Mill composter accepts lots of things you don't put in the compost pile, like meat scraps, along with veggies, peanut shells, egg shells, coffee grounds and everything else but liquids and bones. Your scraps are made into compost in just a few days . 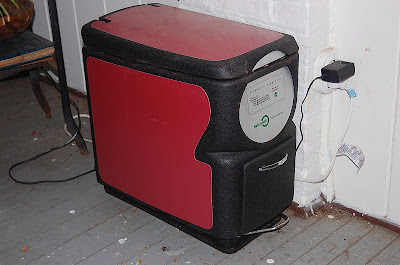 We have gone from having two trash cans at the curb twice a week to one trash can every other or every third pick up. That's the "Reduce" part of "Reduce, Reuse, Recycle."
Posted by Joe at 5:37 AM